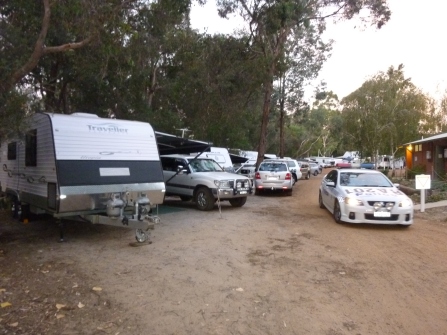 Watch out Denni – the cops are here!! 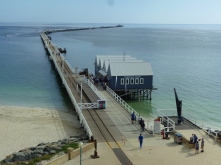 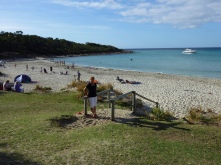 Coffee, later lunch on the deck at Silkwood Winery, Pemberton

We picked Nannup because of WA School Hols and Easter in the week, and no accommodation anywhere on the coast. Everything we wanted to see was inside a 100km radius, and Nannup has turned out to be this gorgeous almost olde world country town and former timber milling centre. The CP backs on to the Blackwood River, and the forest is 10m from us. Lovely shady sites in a rustic setting. Nannup is definitely not tourist oriented though. We arrived on Good Friday admittedly, but the town’s traders have basically gone on holiday, with the pub, information centre, bakery, convenience store, and most café s shut until Wednesday. The CP was jam packed with mainly tent campers over the Easter long weekend, and the owner even had the police in to “quieten” a few over exuberant revellers. Nothing too serious.

On Saturday we set off for Busselton, a city that doubles its population to 60000 over holiday periods……….and it was definitely open for tourist business!!!! Everything and everywhere was packed. We walked the 1.8km jetty as all tourists do to look back to the expanse of Geographe Bay. It is relatively shallow, but totally protected from the prevailing SW winds, so clear and calm water prevails. It was the main trading port for timber exports in the early days, but is now a beachside playground with the gorgeous little beaches the full length of the bay (60+km).

We then went out to Cape Naturaliste and did a really informative tour over the working lighthouse. It was built to last in the 1890’s on a really high cliff, so only needed to be small itself to provide maritime warning 40km to sea. The million candle power light is now a single high tech light source, but the crystal reflection system is original. It was so windy and rough we really had to hang on tight while walking around the top. We then drove out to Sugarloaf Rock a few km away to see the biggest ocean swell we have ever seen. It was driven by the howling SWesterlies, and was awesome. We then headed back to Dunsborough via a coastal loop on the eastern side of the Cape to Eagle Bay and Meelup. The contrast was staggering as you can see by the pics………millpond calm, no wind, white sand and aqua water……..less than 10km apart on the same day I swear!!!!!!!

Then back to Nannup for some well-earned hydration and sustenance.

We rewarded ourselves with a bit of a sleep-in Sunday, then set off after morning coffee for a 100km “local loop” through Balingup and Bridgetown. This “fill in” jaunt turned out to be sensational. The first leg to Balingup was really hilly and winding in contrast to mostly rolling hills of the Karri country. We stopped at a tiny Cheese Factory and picked up award winning lavender cheese and blue vein. It was mostly wooded dairy country for a while, then soft and hardwood plantations, then out of the blue all these stone fruit orchards, immaculately kept on the latest trellis and drip systems. Then avocado orchards everywhere…..what a surprise. Balingup itself was small but the street decorated with all these highly coloured life sized stick figures, and lots of Easter holiday revellers people watching from the numerous street cafés. Bridgetown was down the Western Highway at highway speed, except for on diversion in to Greenbushes……where you say. It was a well preserved historical milling town, re-incarnated by the discovery of thallium, a metal used in high end electronics and aerospace. The Sons of Gwalia mine was an open cut to 200m, but collapses forced them underground. A lookout high above the mine gave excellent close-up views of the mine and nearby processing plant, and the information boards were excellent. One of those gems you stumble across sometimes. We didn’t have time to explore the old town buildings, most of which are still in use, and each with signboards. We made it to Bridgetown, but on arrival I had to blink to remind me I was in WA, not Healesville, Vic. All the same features – one long tree-lined street full of al fresco cafés and teeming with people. The trip back to Nannup revealed lots more orchards, massive soft and hardwood plantations, and dairy farms. What a great day after all.

Monday was Denni’s birthday, so we had a short drive back to Pemberton to see a couple of other natural features we had missed on our day there from Walpole. We had heard about Silkwood Winery just out of town, so stopped there for coffee on the way in.Everything was opulent, and the $5 cup of coffee helped pay for it.But the gorgeous deck setting overlooking a lake with a backdrop of the vineyard soon had us booking there for a birthday lunch. It was a good long lunch, and we took home some of their excellent wine.

Tuesday was “Cape and Cave” day. We drove down to Augusta, and out to Cape Leeuwin, the sister lighthouse to Naturaliste, built at the same time and both cat.1 lighthouses (highest in importance). This was made out of the same thick limestone blocks, with the same mechanism, illumination source and crystal reflector…….and updated over time like its sister. It was however much taller to ensure the 40km sighting range.

At the site is the exact geographical meeting of the Indian and Southern Oceans, and the 2 ocean swells from opposite directions created an unusual wave surge. It was not pronounced on the very calm day we were there, but clearly visible, as was the pod of 30 odd dolphins playing in the ocean close to shore. Then the cave part of the day. There are 108 known limestone caves down a narrow strip between the cape’s, some 80 km in length, but only a few can be visited……and 3 was enough. Jewel and Lake Caves were by guided tour, and were both stunning with arrays of unusual limestone formations. Mammoth was part of a “3 – cave” ticket and ho-hum by comparison.

A sealed road between Nannup and Margaret River opened only 3 weeks ago saved 40km for our trip there yesterday. We drove straight up to Yallingup about 15km from Cape Naturaliste, to find a small but sort of yuppie town oozing with money, and one of the best surf beaches on this world famous Coastline. Everything was manicured, and packed with more tourists as well as the dedicated surfers, who were out in force tackling the 2-3m swell. We then worked or way back down the coast, stumbling across another real surprise and highlight at Canal Rocks. The spectacular coastline and unusual rock and canal like formations date back to Gwandaland when this part of the coast split from eastern India. Hard to describe so I have included pics.

We visited several other famous surf beaches, uncovered another hidden gem called Gracetown….where sadly the last male surfer was taken by a great white only a few months ago. The point he was surfing off was way out to sea, but beach is classified safe, and the local CP enough to pencil in for a week stay on our next visit here. A chocolate factory, a fudge factory, and 3 wineries plus a stroll up and down the main street of Margaret River still allowed us home for happy hour, and reflection on another great day of sightseeing.

We are having a day off today, starting with a good cooked breaky, catching up on housekeeping and car/van maintenance etc. We move on to Brunswick Junction, just out of Bunbury tomorrow, and will probably stay 3 nights to finally finish off school hols, Easter, and ANZAC long weekend. Then we can return to normal booking free touring.

Cheers from the travelling Jacko’s 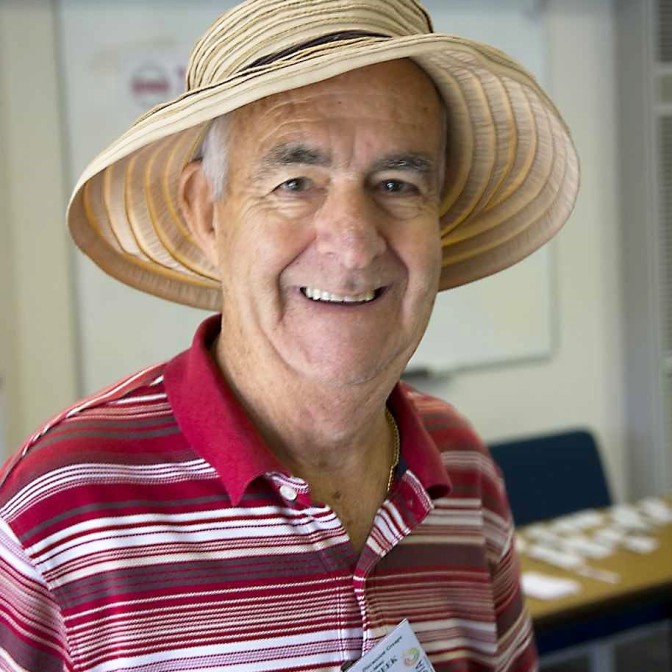