Thanks to some good organising by Ken and Sir Daryl, OMNI blokes had a great day out in Melbourne on the fifth Tuesday which was actually Wednesday. We also had the pleasure of the company of some of the blokes from Eltham. 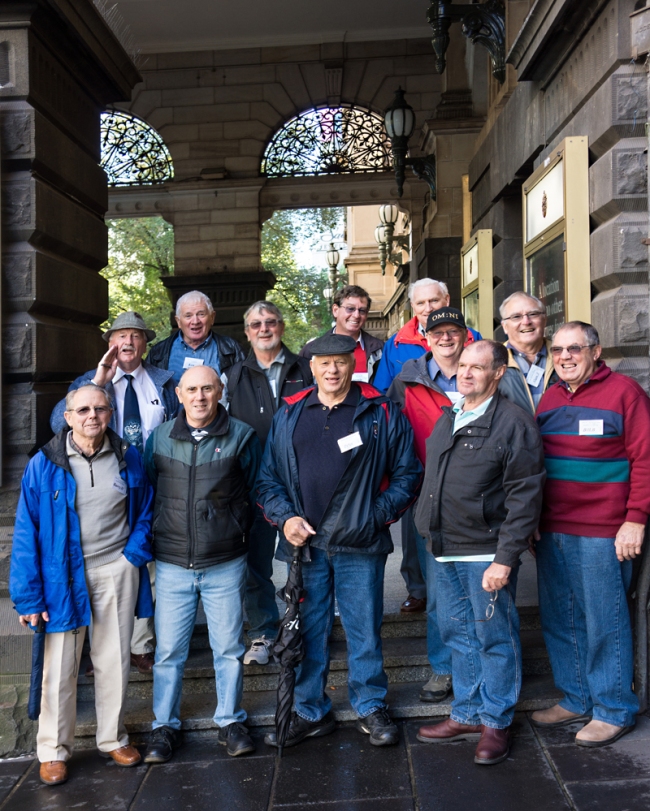 Apart from being roasted by a vertically challenged official for taking a photograph under the clocks at Flinders street, a good day was had by all.

We had a tour of the Town Hall joined by three visiting ladies including one from Illinois..A most interesting peek behind the Organ, all 4 stories of it followed. The organ was built in 1926 and had a $4.5m refurbishment in 2001.We learned that some 90 cubic meters of air is pumped into the organ from several large fans on the roof. – even more than an OM:NI meeting!

A few of the 8 thousand organ pipes.

For those who are interested there is a free lunch time organ recital on the Wednesday 18th June between 1 and 2. with Thomas Heywood playing.

A few blokes got to play Robert Doyle.

What’s Bill up to? 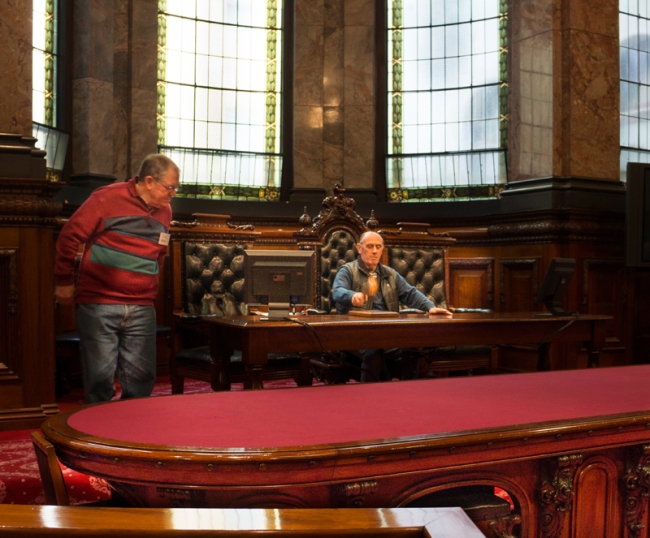 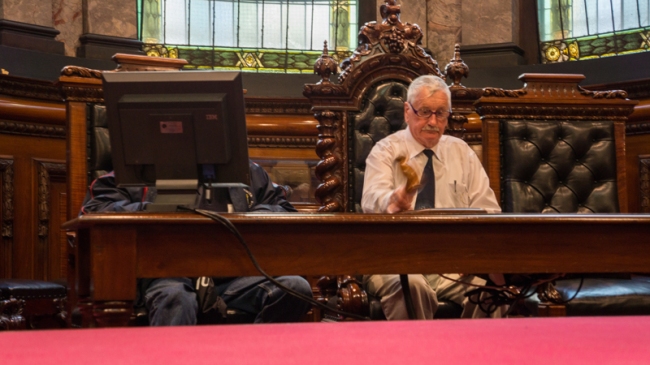 The dome in the Council Chambers.

This pic taken from the portico, just where John, Paul, George and Ringo stood in 1964. 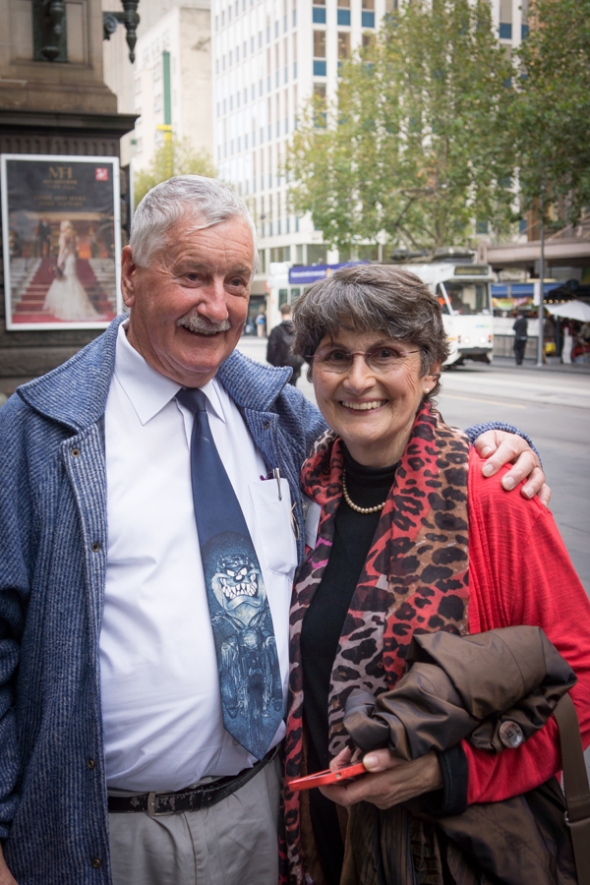 This is Sir Daryl, but who is Harriet?

A very enjoyable lunch was taken in Chinatown and due to some complex Anglo Sino negotiations we managed to obtain a discount of 90 cents per bloke.
We then ventured to Madam Brussels Lane, off Londsdale street, the location of much horizontal folk dancing in the 1800’s. according to our knowledgeable guide, K.R.

This is the remaing one of 6 terrace cottages in Casselden Place, built in 1877. A dodgy part of town in the 1800’s.
Then a visit to the COTA office off Block Arcade for a convivial meeting and finished with a well earned cuppa. 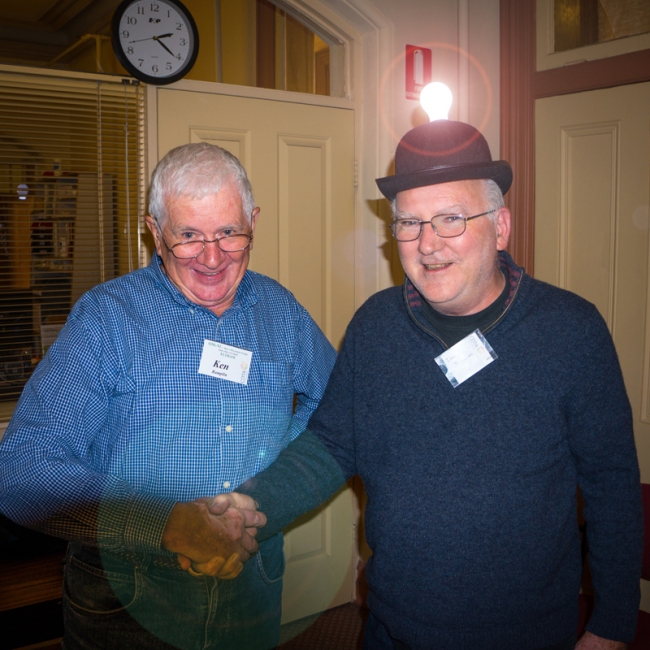 President of COTA, Ian Jungworth is made an honorary member of OM:NI.

7 thoughts on “Blokes day out”