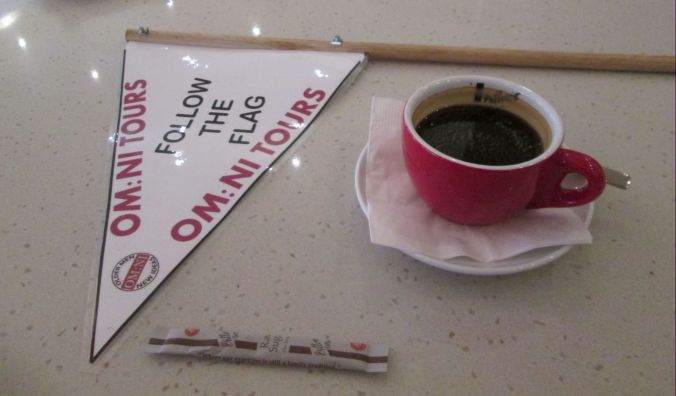 It was 9.15am at Diamond Creek station, on Tuesday 30th June, and seven blokes from  Diamond Creek – OM:NI boarded the Metro train and headed for the City. A further nine OM:NI men from the Diamond Creek, Eltham, Banyule, Hurstbridge and Greensborough groups joined the train at various stages on the route, though a small group, being platform and time-table challenged, had to play catchup. At the Southern Cross Station, where only two guys managed to get lost for a while, it was a short walk on a crisp and clear Melbourne morning, down to the Crowne Plaza coffee shop where they were met by the Manager Mr Daniel Boswell who gave a brief and interesting talk about the building’s history and kindly provided a welcome coffee. 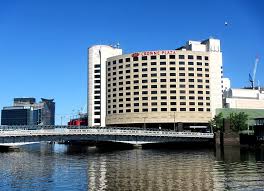 ***Interesting fact – ‘Since being built, the Crowne Plaza building has moved three and a half centimeters closer to the Yarra river’. 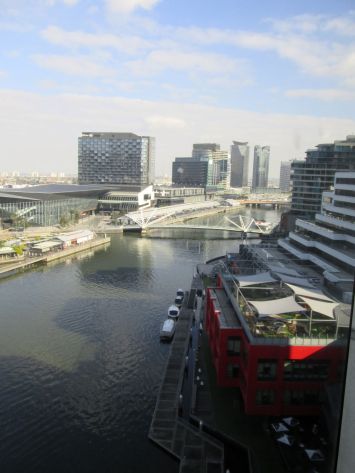 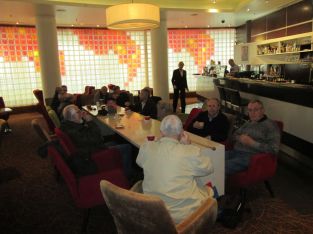 It was then up to the 10th floor where the group were able to take in a panoramic view of Melbourne’s iconic river from Port Philip bay to the Princes Bridge and all of the City’s southern side. An absorbing hour was then spent in observing and discussing the history and construction of the 18 bridges that straddle the Yarra from the Westgate crossing in the west to the MacRobertson bridge in the eastern suburb of Burnley – the span of constructions in years was from the Cremorne Railway Bridge 1860 to the most recently opened Jim Stynes Bridge in 2014.

.….”Bridges are more than just a way of getting from one side of the river to the other, they tell stories of the way Melbourne has developed over the years from its beginnings in 1835. Each bridge tells a story that reflects the history of Melbourne’s physical and spatial development – its  transport systems, its industry and its leisure pursuits. Each one also tells a story about the development of engineering methodology. Being highly visible and serving as a gateway to Melbourne, each bridge was given high status and demanded the most up-to-date technology available at the time. They are therefore icons of civic pride.”

….”The Yarra River has undergone a great deal of change since Batman and Fawkner arrived and found a narrow meandering stream flanked by billabongs and swamps, and prone to frequent flooding. What we see now is the product of a great deal of engineering work to widen, straighten and deepen the river, and to stabilise its banks. Some of the bridges were built as part of this ‘taming’ process.”   (Lesley Alves, ‘Yarra Bridges’, 2011)

On leaving the Crowne Plaza the party made a leisurely walk through Batman Park, past the Melbourne Aquarium to visit the Immigration Museum on Flinders Street. The museum is housed in the old Customs House, the last of three constructions, which was completely refurbished in 1998. 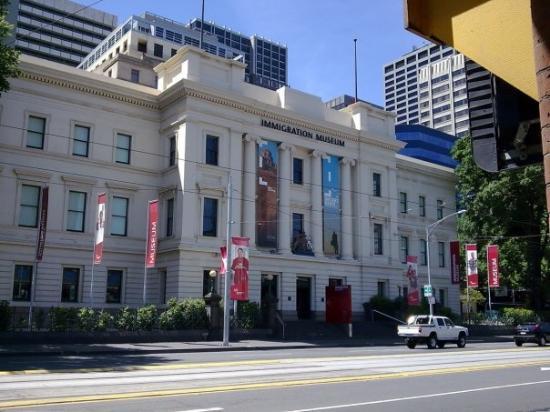 Three customs buildings have occupied the current site of the Old Customs House, culminating in the existing grand structure. Archaeological digs have revealed the foundations of the earlier buildings, and a detailed restoration project has returned the Customs House to its former glory.

A structure described as a ‘shabby, leaky, comfortless, weatherboard cabin’ was shipped in pieces from Sydney and erected here during the 1830s.

As trade increased, a two-storey bluestone Customs House was completed in 1841. Designed by the Government architect in Sydney, it was Melbourne’s first stone building. However, by the 1850s critics called it one of the ‘ugliest and most inconvenient of all our public buildings’.

With the vast increase in revenue brought by the gold rush, the Victorian Government commissioned immigrant architect Peter Kerr to design a new Customs House. Although the building was occupied by Customs in 1858, a shortage of funds prevented its completion. The building was finally completed in 1876, to a modified design by Kerr and two other government architects.

After an absorbing hour, and time for the inspection of only one of the three floors of the museum, the blokes made their way over the Southgate Footbridge to the Southbank food plaza for a relaxing lunch before a return journey on the train after a most enjoyable day.

.….. as a postscript:- the day was well organised and researched, the blokes generally well-ordered and in line, which may have something to do with the organiser and that flag he kept aloft!

….many thanks for the day to Ken Ramplin – and his trusty flag.

7 thoughts on “Trains, Bridges, Immigration…A Day In The City.”