It was 20 years ago exactly since  we first visited the north, north-west and southern regions of Tasmania,and as we had yet to explore the east coast and its many wonders, that led onto becoming our next holiday destination.

Initially, we had considered going over on the Spirit of Tasmania and take the car, however,  on doing the sums and realizing we would be losing a day each way, the decision to fly over and hire a car  was a good one.

Wanting to ensure not  to risk missing our flight on departure day, considerable extra time was allowed as major road works were underway between the ring road turn off and the Tullamarine freeway leading to the airport.

Well, you wouldn’t believe it, we had an uninterrupted and swift drive all the way from home to the long-term parking, found a car park almost at the entrance, the shuttle bus arrived within three minutes and the passage through check in went as smooth as one could wish for. Without a doubt, of all the traveling by air we have done, I was delighted how good fortune smiled on us all the way.

Once on board, buckled up and taken off, there was just enough time for a quick cuppa before we were ready to land in Launceston. Oh, how nice it was to arrive in such a small, easy to navigate airport where collecting our baggage, collecting the car and on our way to Bicheno that was about two and a half hours away through a beautiful meandering mountain range all on first class roads.

Our base was to be about a 10 minute drive before Bicheno at a place called “The Douglas River Cabin, so, before heading there we went straight for town to firstly have a look around and pick up some supplies.”

Below is a view of the beautiful beach on the approach side of town.

From both inside and outside the cabin we had magnificent views of the Douglas River, the beach and endless countryside where sheep grazed.

Within walking distance, the property extended down to the ocean where the sand was soft and white and also it was possible to walk for hours through bush and grazing lands.

The tee-pee shape/s in the photo below were scattered along the foreshore and built by children from driftwood that had been washed ashore. 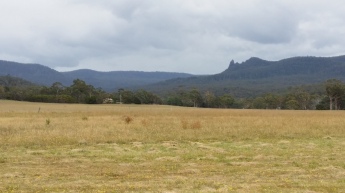 There were two days that were overcast and on one of those we headed north up to the Bay of Fires,mistakenly I had believed its name had arisen from the color of the Lichen on the rocks, but in actual fact it was named by an early explorer observing the many fires lit by the native population of a night cooking their meals.

Not far out of Bicheno one of its highlights was the Blowhole, an event that occurred when every wave came into shore rising up through a natural phenomena. A very popular spot for the tourists.

The Mountains below are at Coles Bay and needed to be climbed to see the bay, and, if you were to continue on further up the walking track eventually you would reach the Wineglass Bay lookout.

After a (grueling) hour plus trekking ,the magnificent view of Wineglass Bay could be enjoyed. 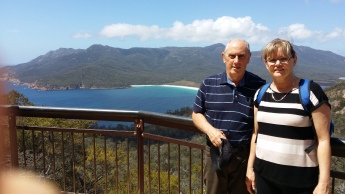 Whaler’s Hill located nearby Bicheno was a short and enjoyable climb up to the towns highest point where Whalers of old would look out to sea for the water spouts of whales. An industry that took whales almost to annihilation.

Easy walk to the top.

Another day we journeyed south down to the town of Swansea,a very old pioneer town with an array of historical buildings. 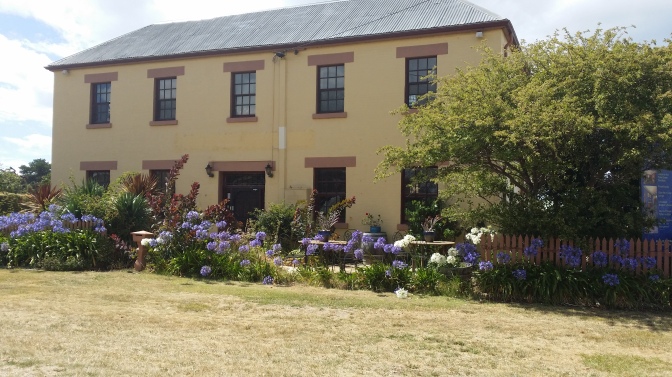 The Swansea School house (below)  now converted into a town museum and information centre.

Well worth a look for its historical information,old original class room and tribute to its soldiers that were lost in the great war. 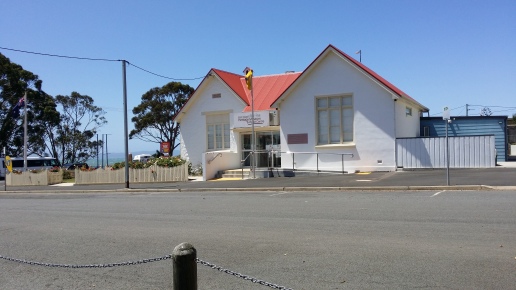 And, finally a lovely night out in town at the Seafood Restaurant over looking Bicheno Bay to celebrate our 20th wedding anniversary. 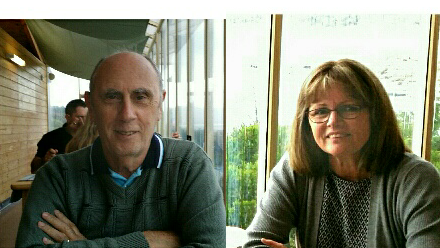 Our souvenir tea cozy from Bicheno! 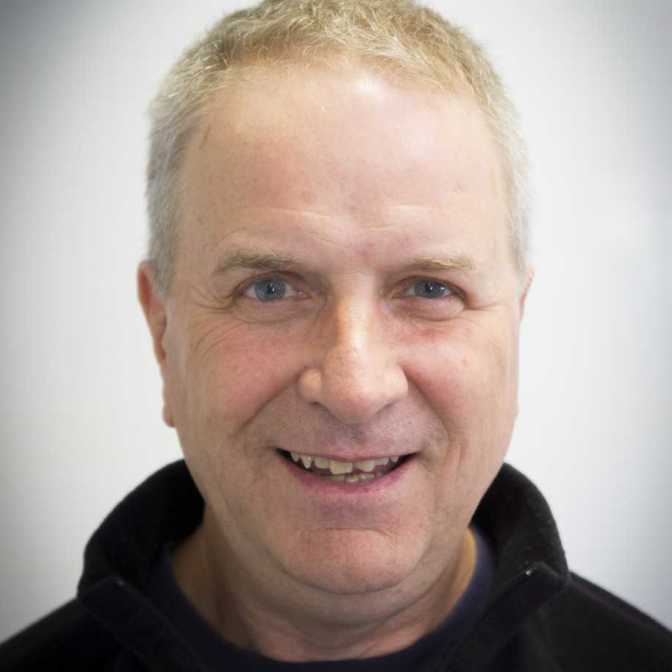