An important event occurred on 11 June last year. Ken Ramplin turned 80 and some of his friends gathered for lunch at the Diamond Creek Tavern to help him celebrate this major milestone.

Over the last decade, Ken has been a major force in creating three OM:NI groups in the Diamond Valley area, namely Diamond Creek, Eltham and Hurstbridge. People from these groups joined him, along with members of Banyule and Greensborough groups, plus staff from the Bendigo Bank and local council, plus a few more friends he has gathered in a long life.

The lunch was good, (the usual senior’s meal, but good value), there were drinks to be consumed, there was a massive birthday cake with candles, plus more sweets. Daryl  made a touching speech outlining Ken’s life and local achievements.

Ken received a long waited for birthday present – a brand spanking super duper new electric bike, something he had wanted for a long time, so after furiously saving and with his family chipping in, the bike finally arrived.

Everyone had a great time enjoying celebrating with Ken, because along the way in his caring and kindly manner touched the lives of quite a few people.

Ken was last seen on the day, mounting his bike, complete with balloons streaming out the back. 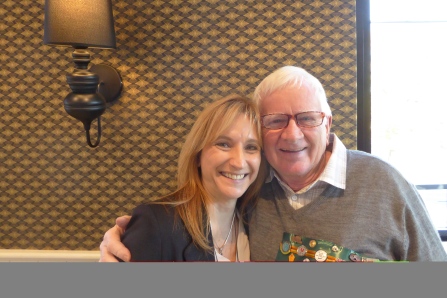 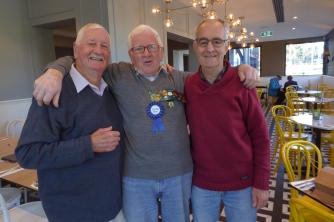 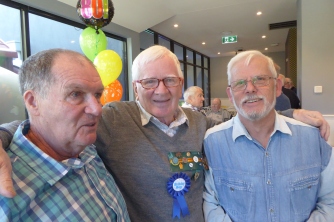 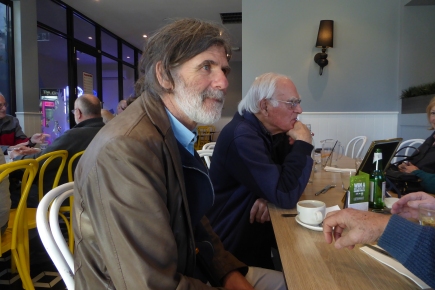 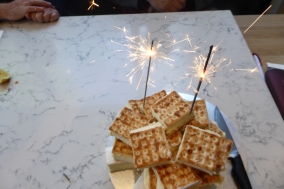