The Movember ride 2013 was conceived by Ken Ramplin who, having raised money in the past for prostate cancer research via the November ‘Mo Bro’ organisation, decided this year, besides growing a mustache, he would cycle 100km from Diamond Creek to Melbourne City and back as part of his sponsorship challenge. He managed to drag a couple of his Omnicycle mates into supporting the ride on a somewhat wet and miserable morning though the day ended better than it began. This is just a pictorial chronicle of the journey and Ken’s story of the day can be read on the OMNICYCLE page

A wet start – 7.00am at Marngrook Oval, Diamond Creek

Cheer squad on the track at Eltham sending the guys on their way.

10.00am – Muddy and wet, warming up with a coffee break at the Nursery Cafe, Fairfield.

11.30 am – made it to Melbourne City for BBQ lunch by the Yarra River. 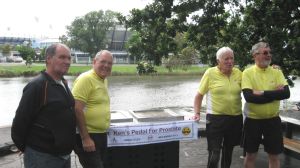 Joined by Lindsay for the ride back 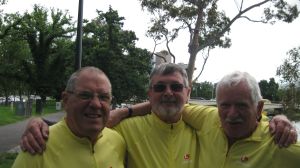 Two passing admireres and donors to the ’cause’

2.30pm – Afternoon tea at the Fairfield cafe on the return journey 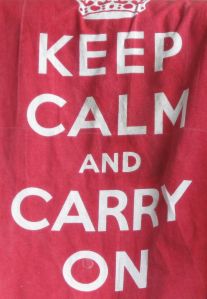 One thought on “THE MOVEMBER RIDE” 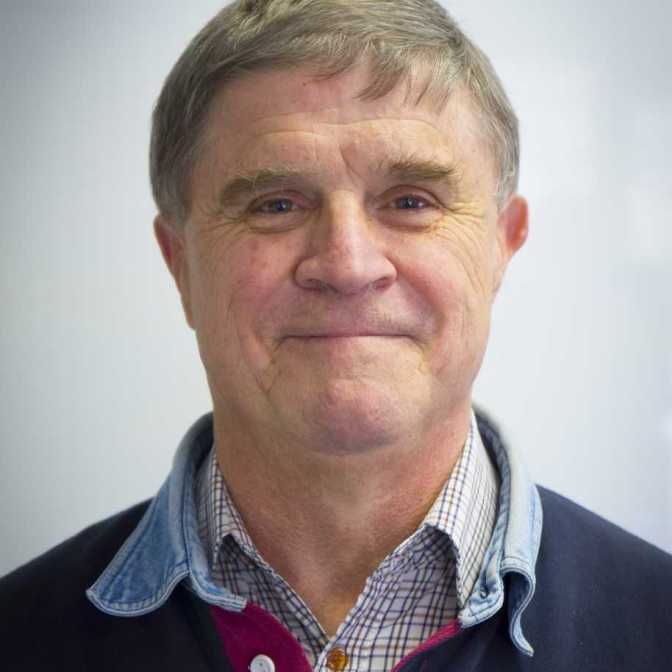