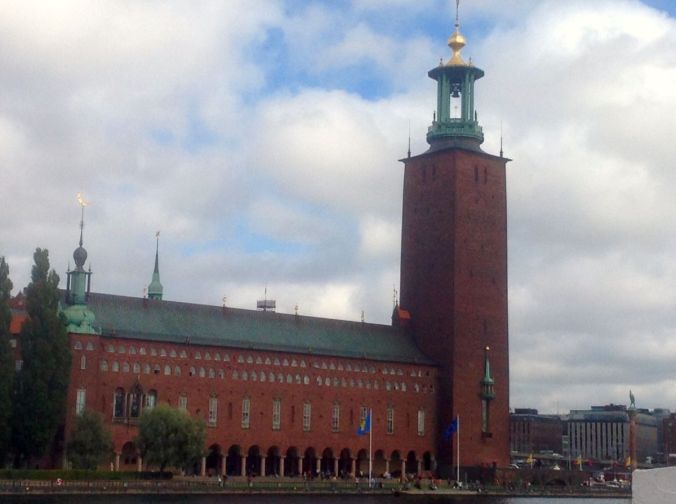 The Great Hall in City Hall, where the Nobel Prize Banquet is held prior to ceremony for awards in medicine, chemistry, mathematics, physics and literature.

Vasa, the 17th century galleon which sank just minutes after sailing on its maiden voyage. After 333 years it was salvaged from the ocean. A truly amazing sight to see, it stands 4 storeys high. It sank because it was top heavy.

Gamla Stan, Stockholm’s old town that dates back to the 13th century.

Silicon models of the famous group at the ABBA Museum.

SS Stockholm that we cruised through the archipelago.Stockholm has nearly 30,000 islands, islets and rocky outcrops. 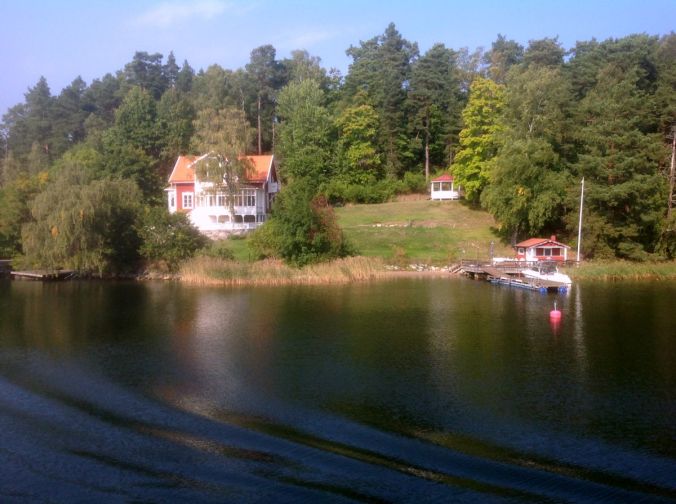 Views in the archipelago.
Many large homes but with wooden cottages side by side. The archipelago spreads 80 kms into the Baltic Sea.

One thought on “…and on to Sweden.”