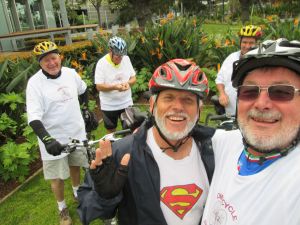 Sunday 5th October saw the launch of 2014 Seniors Week at Federation Square – and the OM:NIcyclists put in another appearance this year sporting some new livery (see Tshirts).

Bill, Ken and Nick caught the 8.59am train from Dimo and were joined at Eltham by Lindsay and Leon, disembarking at Jollimont on cool and clear morning to ride through the MCG grounds and Birrarung Marr to the Life Activities Clubs pavilion at Fed Sq. The Poker Bike Ride started here, along with free health checks, and the riders were given two playing cards to start. Along the 8km ride three other cards were picked up at various points, and the person with highest hand at the end was (obviously) the winner. 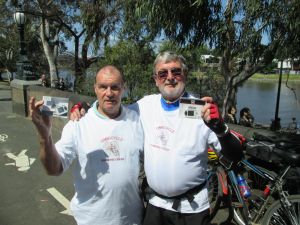 Well – it turned out that the guy who knew the least about the game of poker actually collected a “full house” of three kings and two threes which, to his great surprise, was Nick. Not only that – Lindsay followed up second with a flush (I think) – so the OM:NI boys took great delight in making a clean sweep for the day (is that a poker hand??) and received a couple of bike computers for their efforts.
It seems that the OM:NIcycle boys were well-remembered from last year for winning a $50 prize and for their participation in the event – so here’s to 2015 let’s see what we can turn up then! 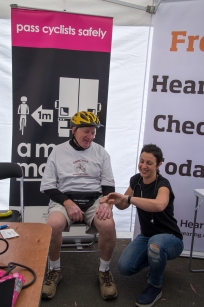 Have you got time for me? 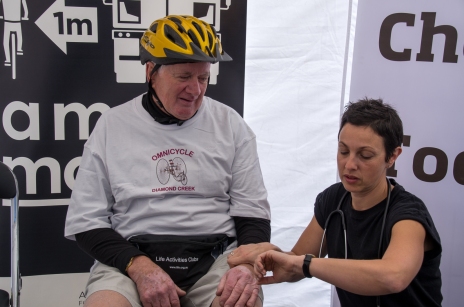 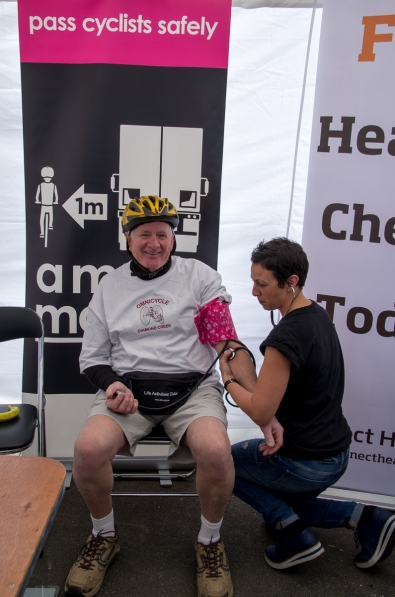 So why is this man smiling??? 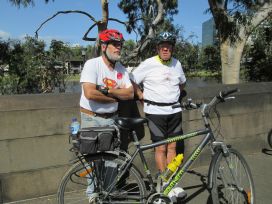 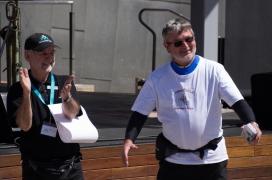